The first 2012 Goldwing’s are just hitting the stores. 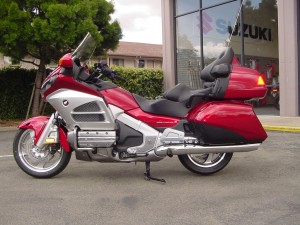 With the 2012 Goldwing, Honda has taken what is clearly the world’s best touring motorcycle and made it even better with the following new features:

–  Satellite Linked Navigation System – For the the models with navigation, you can now update your map on the go and also record where you have been.
–  New Styling – Honda redesigned the saddle bags and front end to give it a crisp new look.
–  Enhanced Storage Capacity – The saddlebags are larger and you now get a center mounted lockable glovebox (non-airbag only). 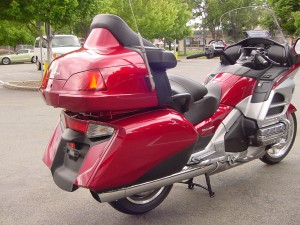 –  Ipod Connectivity – Bring along your favorite tunes and listen to them thru the built in stereo system.
–  Comfortable Seat – New seat cover is waterproof and made from a more pleasing material.
–  Audio System with Surround Sound – The new surround sound system offers a rich three dimensional sound.

Contra Costa Powersports has the new 2012 Goldwing in stock and ready to go.